On my last trip to Uganda one of the men I trained was Henry.  Henry has planted churches in many countries in Africa.  This July he came to visit America.  Bonnie and I hosted him.  What a joy!

On the way to our home from the airport he was mesmerized by the highways and the green space in America.  We took him to Biltmore House in Asheville and the Cove, Billy Grahams Retreat Center.  In the prayer room at the chapel he broke into praise.  He kept saying, “God has blessed America!” 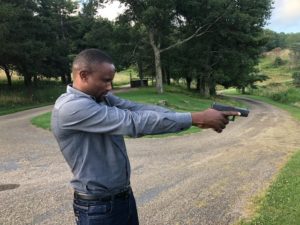 Then Henry was off to Ohio for a Leadership Conference where the Lord met him, followed by a tour of Washington DC days later.  Again, he was blown away espicially by the Bible Museum.

During that same time period I left for El Salvador for a large Conference.  We met again at my brothers farm on the Blue Ridge Parkway in VA 8 days later.  It was there that I taught Henry how to shot a Glock 17 and how to drive a Gator.  He had a blast!

We returned to my house, went to the Billy Graham Museum where he was once again blown away.  “God has blessed America!”  Yes, he has.   But we are blessed to be a blessing.

Henry informed me that we have 9 new churches in Uganda due to the training I did over a year ago.  Wow, that’s some good fruit.  Praise the Lord. 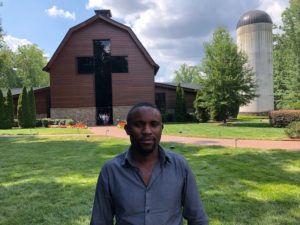