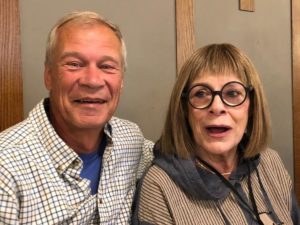 I had the opportunity to spend time with Jackie Pullinger, a missionary to Hong Kong.
She’s been ministering there since 1966 and her early years in the Walled City of Hong Kong are chronicled in the book Chasing the Dragon. It’s quite the page turner!
“Inside Hong Kong was the infamous Walled City. Strangers were not welcome there. Police hesitated to enter. It was a haven of filth, crime, and sin. Prostitution, pornography, and drug addiction flourished. Jackie Pullinger had grown up believing that if she put her trust in God, He would lead her. When she was twenty years old, God called her to the Walled City. She obeyed. And as she spoke of Jesus Christ, brutal hoods were converted, prostitutes retired from their trade, and heroin junkies found new power that freed them from the bondage of drug addiction. Hundreds discovered new life in Christ. 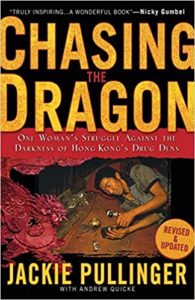 Chasing the Dragon tells the whole amazing story exactly as it happened. Equally amazing has been the reach of this ministry, now detailed in this updated and revised edition. From Hong Kong to the Philippines, Thailand, and beyond, the ministry that started with Jackie and her friends taking people in to live and care for them has continued and developed to form the present St. Stephen’s Society. Readers will be inspired by this tale of trust and loving like Jesus.”