12 Hours of Training on

Healing & the Kingdom of God + 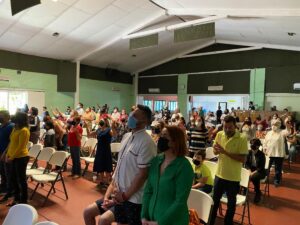 All in four days.

Many Healed! Many Saved!

Yes, I did teach that long and still had a voice left and the fruit was exciting. Here’s two stories of many.
She had been suffering with back pain for 21 years and had not slept for over two hours without being awakened by the pain. During the workshop on “Healing and the Kingdom of God” she asked for prayer. The pain left! The next day she reported that she had slept all night for the first time in 21 years with no pain.
A man was walking by the church. Since the doors were open, he decided to come in and sit. It was during the “Healing and the Kingdom of God” workshop. He stayed, listened, and watched. At the end, during ministry time, I was told that he wanted to receive Jesus. And he did!

Pictured below are the homes in which many of the workers live at the dump. I met a girl that was born, grew up, married, and is raising her two kids in the dump. She makes $60/week collecting aluminum cans and cardboard. 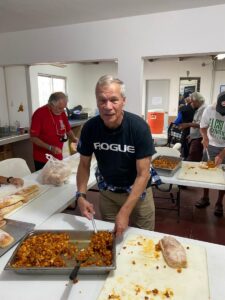 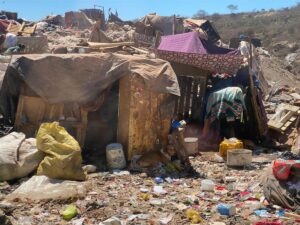 Making sandwiches to give away at the dump. The church does this twice a week and feeds hundreds each outing. 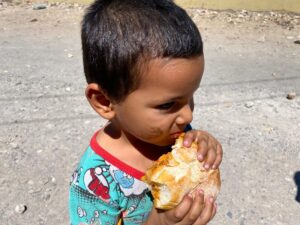 The church has 17 Outreach Centers that minister with the poor. Each center is the size of a gym!
Thousands of kids and adults are ministered to daily. They are feed and taught English and the Bible. Knowing English will help them land a job!
They have an orchestra made up of kids from the 17 centers and will soon have a second one! 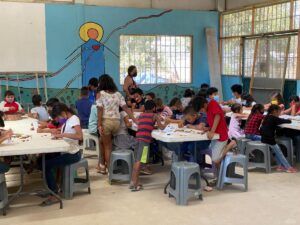