I just returned from a week in La Puebla, Mexico where I did a conference for Church Planters and Pastors from many different parts of Mexico. The Conference was on “Breakthrough – The Kingdom of God”.
Here’s a taste: Jesus began his ministry with the announcement of the nearness of the kingdom (Mk.1.14-15). This was immediately followed by an act demonstrating that the announcement was actually in effect. A demonised man was set free by the authoritative word of Jesus (1.27). Like a herald, Jesus had an urgent commission to preach in all the towns (1.38-39).
As he did so, proclamation became synonymous with healing and deliverance: the leper was healed because Jesus said, “I am willing” (1.41). The lame man walked because he said, “arise” (2.11). The centurion knew that Jesus had only to “speak a word” (Matt.8.8). When Jesus said, “Go,” the demons went (8.32).
You can view the entire public ministry of Jesus in two ways: the words of Jesus and the works of Jesus. 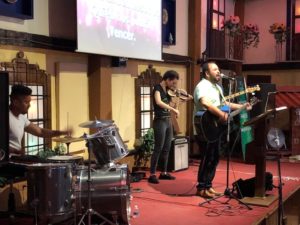 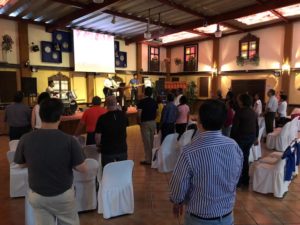